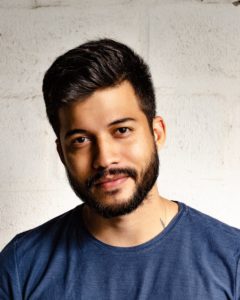 BOTOX® is an FDA-approved injectable treatment used to target aesthetic concerns, such as facial wrinkles, fine lines, and folds. BOTOX® is generally used for patients who wish to reduce signs of aging. This procedure can treat crow’s feet and frown lines by targetting the underlying causes.

Though many people see BOTOX® as a women’s treatment, it can be very beneficial for men as well. In recent years, the Artemis team has seen a rise in the popularity of “Brotox,” or BOTOX® for men.

Are Men Ideal Candidates for BOTOX®?

There are many factors that determine whether someone is a good candidate for BOTOX®. Generally, you must have no preexisting skin conditions or facial scarring, adequate facial muscle strength, decent facial symmetry, and no known allergies to the treatment. The injectable procedure is safe and effective for men and women. However, in the past, men have been wary of plastic surgery procedures, as clinics and doctors often marketed exclusively to women.

The Soar of “Brotox”

Over the past two decades, men have become more interested in maintaining their appearance, leading to a significant increase in men receiving injectables. The American Society of Plastic Surgeons reports that from 2000 to 2014, there has been a 337% increase in men interested in BOTOX®. Additionally, there is seemingly less stigma and taboo around male aesthetic treatments.

Potential Reasons for the Increase in Men’s Botox

There are many reasons why a man may want to get BOTOX®. In addition to aesthetic goals such as smoother skin, injectables can improve your self-confidence. Some men even receive BOTOX® injections to compete against their younger counterparts in the workplace. Although there is no distinct evidence for this claim, several businessmen have mentioned that they want to appear more marketable and approachable to younger clients and companies to secure more business.

Experts also suggest that “Brotox” is on the rise due to increased digital interaction. An increasing number of people use social media and online dating sites daily. Likewise, people are spending a significant amount of time on Zoom calls. Because of these changes in online interaction, men may be more concerned with keeping up appearances for their social media followers or coworkers.

If you are interested in enhancing your appearance and want to learn more about BOTOX® treatments, contact Artemis Aesthetic Center today. Take the first step by scheduling a consultation with us to discuss any questions or concerns you may have. We could help you realize your aesthetic goals.